Dr. Duval practiced as a general dentist in Washington before attending his graduate endodontic training in Cleveland, OH. After over 15 years as a general dentist and endodontic associate, Dr. Duval specifically chose to establish his own practice in Scottsdale where he and his wife could raise their two children and enjoy the amazing outdoor activities that Scottsdale has to offer.

“I believe that it is imperative that we constantly search for new ways to make this the most positive experience possible for our patients.” – Dr. Duval

Before becoming an Endodontist, Dr. Duval completed his dental school education at the University of Pittsburgh in 2005.  He practiced general dentistry in Washington before returning to complete his Endodontic Residency at Case Western Reserve in Cleveland, OH.  While at Case Dr. Duval earned the ability to become Chief Resident and earn his Endodontic Certificate and Master’s Degree in Endodontics.  In 2017, Dr. Duval earned Diplomate Status and became a board-certified Endodontist — the highest level of Endodontic education. One year later, he was inducted into the Pierre Fauchard Academy, an international honor dental society.  His time as a general dentist makes him an ideal partner with your own general dentist when you need Endodontic treatment.

During his studies in Dental School and Graduate Endodontic training, Dr. Duval:

Voted Top Endodontist multiple years in a row by his peers.

Dr. Duval is dedicated to his community, his patients, his fellow dentists, as well as smiles all over the world. He has volunteered for the Mobile Dental Van and with Medical Teams International, providing care for individuals in poverty as well as participating in a Mission trip to the Dominican Republic. In addition, he has been a regular lecturer to dentists through local Kois and Spear Study Clubs in Central Oregon.

Married for over 15 years, Jennifer and Ryan love spending time with their two kids Luke and Paige and their newest addition (a rescue Boxer named Mack). Dr. Duval loves playing golf with his family and also competes in as many amateur golf tournaments as possible. When he isn’t in the office, Dr. Duval can also be found on the slopes, wine tasting or playing bass. 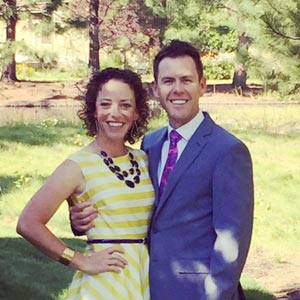 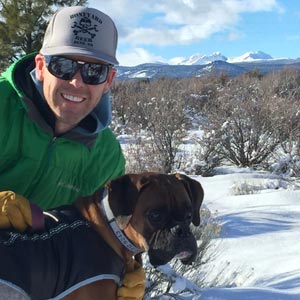 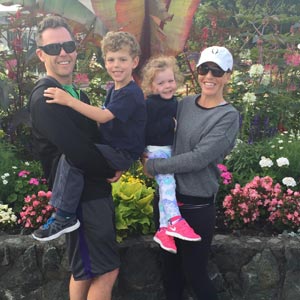 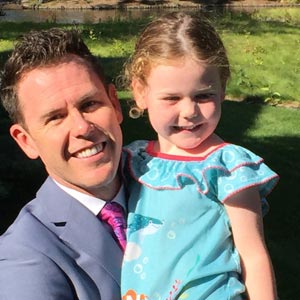 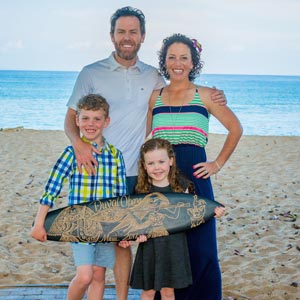 I'm so grateful for Dr. Duval and his assistant for doing such a great job on a difficult procedure.  Their professional care and communication with me was noticed throughout the surgery and recovery stages.  Thank you for going out of you way to make me feel extra comfortable and cared for.

The staff and Dr. Duval couldn't have been nicer!  They got me in on short notice, did 3-D X-rays, and explained to me that the tooth could not be be save.  The office manager got me an appointment for the extraction the same day!

But all I can say is Thank God for Dr. Duval and his staff.  If all "dentists" were like Dr. Duval, perhaps I would not have had so many truly awful experiences.  He is a kind person who is highly professional, and his staff was also very caring and friendly.  I would travel great distances to go to Dr. Duval again.

Out of town patient R.W.

I am a big sissy when it comes to dental procedures.  Thank you so much Dr. Duval!  My repeat root canal was a good experience.  Excellent pain control during procedure and he explained everything in a very understandable and reassuring way.

I saw Dr. Duval for a really bad cavity that was all the way down into the nerve of my tooth.  I was very afraid that the tooth could not be saved, but Dr. Duval gave it a thorough assessment and decided that the tooth was still worth fighting for.  I appreciated him being upfront and honest with me about my options/odds and I feel confident in the decision we made.  He was excellent during the procedure and made me feel at ease.  I was also incredibly impressed with how kindly he spoke to his assistant during my appointment. Don't go anywhere else for endodontics care!

If the game plan at Loop 101 Endodontics is to change your perception of the root canal experience, they have hit it out of the park. Most people will bring a good measure of stress, discomfort and fear with them to an Endodontic visit. At Loop 101 it is hard to hang on to any of that for long. When you arrive as a new patient you are greeted by the entire team with smiles as big as all out doors. They know your name and they know why you are there. They tend to your ease and your physical comfort and they ask you questions in attempt to know you as a person. The work of making a diagnosis is made easier by state of the art equipment and the making of a treatment plan is clear with all options explored. By this time you have forgotten you were nervous so when the real work begins you are relaxed and confident about what is happening to you. At the helm of this competent team is Dr Ryan Duval. A warm personality with an obvious compassion for patients who are all in distress when they begin. He is skilled at every aspect of his work and, for me, a three appointment, semi complicated, double root canal was entirely pain free with the end result that I am comfortable for the first time in months. Above all, you will meet a man who has done everything in his power to establish a patient centered practice and that is evident when you watch him with his team. Ella, Jennifer, and Kari are like cogs in a finely tuned machine. They are highly skilled professionals who know every aspect of their own duties as well as the larger scope of your care. It is difficult to say that a root canal was in any way pleasant, but in this case it was an absolute pleasure to do business with Loop 101 Endodontics. I give them 10 out of 5 stars!

I have been practicing dentistry in Bend, Oregon for the last 20 years. I am very fortunate that for the last 10+ years Dr. Ryan Duval has served as my primary referral for the majority of my patients endodontic needs. Dr. Duval has the rare and unique skill set to communicate with the patient in terms that they can understand and perform the procedure in a comfortable and timely manner. I know that when patients are referred to Dr. Duval they will be very well cared for in every respect. My patients have always been very appreciative of Dr. Duval’s care returning to my office with only positive things to say. Central Oregon will miss having Dr. Duval delivering the highest skill set in endodontic therapy. The people of the Phoenix area are very lucky-you have a great one!

Dr. Ryan Duval is an expert - plus he is kind and funny. He listened to my concerns beforehand and made sure my needs were met throughout the procedure. You are in excellent hands if you go to Dr. Duval.

Dr. Ryan Duval is the finest endodontist I have worked with. That claim represents 35 years in dentistry in Texas, Colorado and Oregon. His testing is based on science and systematic procedure that is rigorous and definitive. His diagnoses are well considered and he is careful to balance the patient’s overall medical, emotional, and oral condition with the prognosis of the tooth in question. We place tremendous trust in an endodontist and his team to welcome our patients, put them at ease, complete treatment accurately and comfortably, and to educate them regarding treatment/post op instructions – but most importantly – to send them back to us smiling. Dr. Duval’s patient communication, follow up and care is tremendous. His passion for patient care shows up in the way his practice works and the people he employs. He is supportive and calm and ensures that the treatment flows properly and efficiently. I invite you to work with Dr. Duval.

Dr. Duval and his staff were great. They took extra care to keep me pain-free and provided an explanation of what was being done. Thanks Dr. Duval and the staff!

I have had the pleasure of working with Dr. Ryan Duval for 7 years. I am a pediatric dentist who has been in private practice for 16 years in Central Oregon. When I first met Dr. Duval, he was friendly, open, and displayed an energy and interest in treating young patients. Over the years I have referred many patients to Dr. Duval. When these patients returned to me, I would ask them how their treatment went. The patients and parents were always excited to relay their great experience. Dr. Duval has very good clinical skills complemented by a charming and relaxing chairside manner that puts patients at ease. The communication between offices, patients, and dentists before and after treatment was thorough and accurate. Dr. Duval is available to discuss patient treatment and is very quick to respond to treatment needs. You are very fortunate to have Dr. Duval as a resource for you and your patients. My loss is your gain. Dr. Duval and his family are an asset to any community they call home. He is already sorely missed by myself and my colleagues.

I recommend Dr. Duval and his staff. They combine state of the art procedures and equipment with making sure that you are comfortable throughout the procedure. No one wants to have a tooth problem, but if you do, they will take excellent care of you!

I’ve had the pleasure of spending the last 7 years working with Dr. Duval in the Central Oregon Community.  His treatment modalities and oral health opinions are all grounded in evidence based data and factual science.  He also has the ability, however, to make practical health decisions and treat the patient and not just the tooth.  He has always been a good healthcare teammate and worked to understand the “big picture” and how his treatment relates to the overall treatment plan of the patient.  As a caring clinician, I wouldn’t ever hesitate in having him treat one of my own family members.

My wife and I were traveling to our honeymoon, when she got an unreal toothache. We were referred to Dr. Duval because my wife needed a root canal.  These guys are the best! They were very informative and direct.  He got the surgery done quickly, and my wife didn't even know that she had a root canal after just two days!

The staff and Dr. Duval couldn't have been nicer! What great service and kind, helpful people.